21st Demon Lord said:
On the topic of legendary or even mythical heroes.

A good example for how we(the rabble) might have mistaken average people for super humans, is the Romance of the Three Kingdoms(Historical fiction). Its set in the warring states period of China 475 BC(roughly). You have many characters that get attributed with super human strenght, the power of 100 or even 1000 men, warlords slaughtering people in the hundreds ..
Well, its not that far fetched, if you take into account, that those legendary heroes were the sons of the upper class, well fed for all their life with formal weapon training, an education and a horse.
Meanwhile the run of the mill soldier was a conscripted farmer, no weapon training at all and on the verge of starvation, most of the time carrying around a disease or two, having marched for days, barely standing upright and most of the time drunk on wine and inspiring speeches, to even be able to fight. Really easy to vanquish ... and now imagine the kind of fear and dread that instills in your enemies and the inspiration it provides to your allies.
Add to that a bit of word of mouth and propaganda .. and there we go, you got gods among men. Super humans fit to lead the masses, capable of crushing dozens of men under their feet.

For most of human history, it was actually enough to have a proper protein and vitamin C source to become bigger, stronger, faster, healthier and smarter than your peers. Especially since easy access to nutrious food, makes it possible for you to spend your time training or educating yourself(Or well, sitting around and thinking about god and the world).
Then there is hygiene, which was also a really important factor, can not stress the importance of having access to fresh, clean water enough and actually making use of it.
And, often overlooked, teeth. The most important genetic advantage you could have till the early 1900, were good teeth.
In addition to that, living a bit isolated in an area with low population that did not see much travel, was also really helpful keeping diseases away from you.
Take that all together, and there you go, a god among men. Or at least someone with the potential to be hailed as exceptional.

Nothing wrong with trying to justify it by a genetic mutation, but gotta keep in mind, the person in question has to make it through its childhood and teens to even get a shot at becoming a legend. And that was ... not easy, especially with Tetanus around. Being born into good real estate seems a bit more likely to me.
Click to expand...

To what extant do you think any myth was really believed by anyone?
S

Led Zeppelin said:
To what extant do you think any myth was really believed by anyone?
Click to expand...

Definitionally, myths are things that people once believed were true, but now people don't believe are true, or that some people believe are true but which most people realize are just stories.
L

Sparhafoc said:
Definitionally, myths are things that people once believed were true, but now people don't believe are true, or that some people believe are true but which most people realize are just stories.
Click to expand...

But I think with the earliest records we have of some myths we also have records of people who are also skeptical from close to the same time. Aristotle wrote that we should only believe what we can observe. If you think that the God of Abraham is a myth then I would say that the Bible is mostly a record of people denying His existence or at least not behaving as if He were the true God..

Led Zeppelin said:
To what extant do you think any myth was really believed by anyone?
Click to expand...

Depends on the myth. The Romance of the Three Kingdoms for example, is historical fiction, so its based on historical facts. That makes it tricky to untangle fact from fiction. And the myth of those warriors certainly was believed at the time .. hard not to, if you see a guy rip through half a dozen of your buddies like paper. Even today, many people will argue, that Lu Bu or Guan Yu are the greatest warriors that ever existed and that Zhuge Liang had the greatest strategic mind in history.
Guan Yu and Zhang Fei for example, are also worshipped as gods in some parts of China.
More of a question of how much of it is accepted as fact in this case. 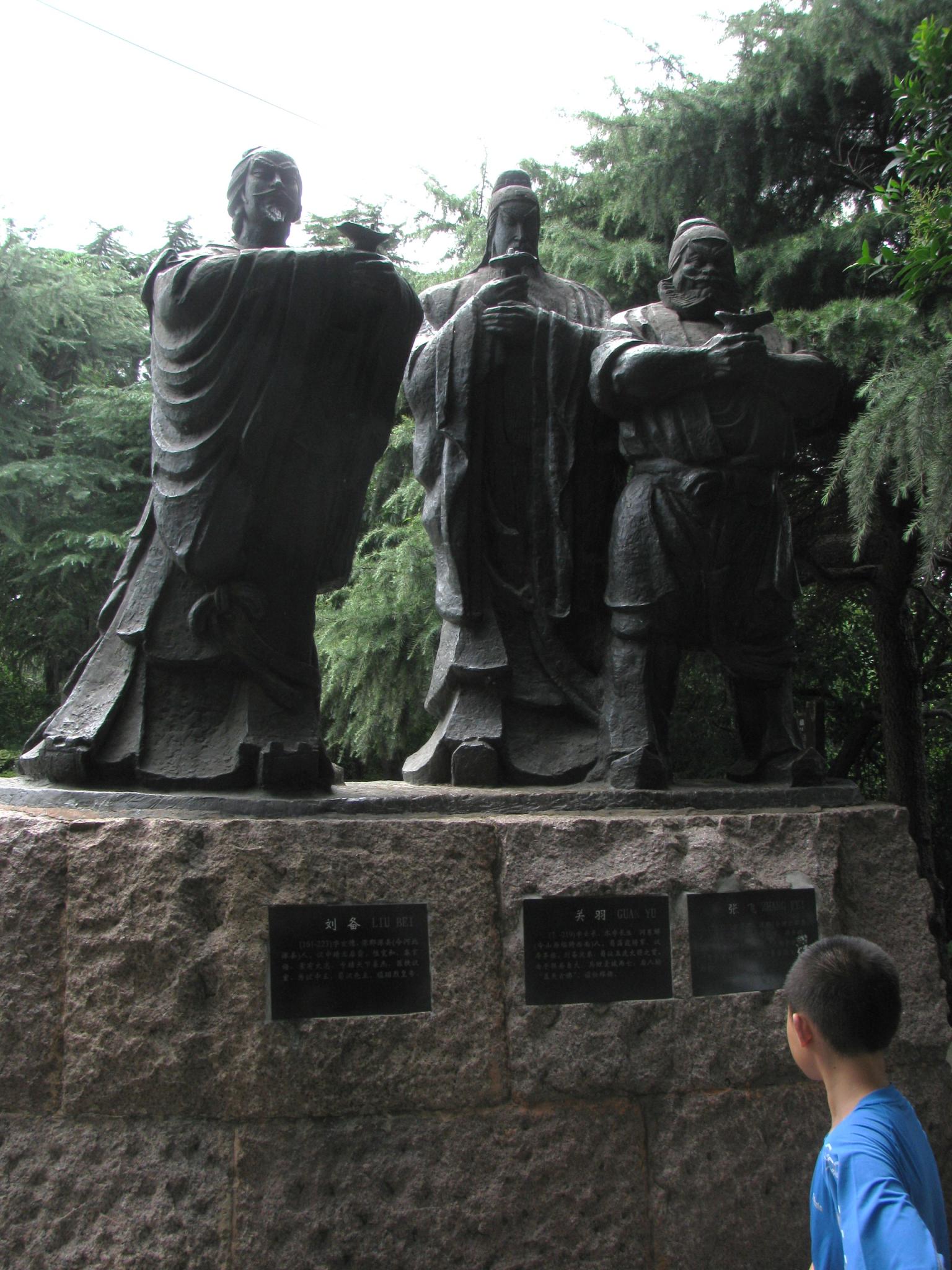