I define "Christian" as one who molests children.
Dandan/Leroy freely admits that he is a Christian.
Thus, dandan/leroy is a pedophile.

That is not what I meant by pedophile, and thus a brilliant demonstration of why your assertion of "Any alteration of the original formulation is by definition a straw man." is in fact asinine. Thank you for that.

leroy said:
But anyway, your failure is that you are making thinks more complex than what they need to be.
Click to expand...

I am not. I am just exposing the equivocation in the arugment. You are bending over backwards trying to save this failed argument.

leroy said:
THE KCA:
Everything that begins to exist has a cause (ether exmateria or exnihilo)
Click to expand...

Look at that, you are now modifying it beyond what Craig originally said. Is that not a straw man according to you?

Beyond that, since we do not have any examples of causes coming from out of nothing, this makes your first premise just a blind assertion.

leroy said:
The universe begun to exist
Click to expand...

leroy said:
Therefore the universe had a cause (ether exmateria or exnihilo)
Click to expand...

Again, blind assertion on your part. We have no examples of things coming out of nothing, thus we cannot conclude this at all.

leroy said:
At this point the conclusion doesn’t suggest one type of cause over the other.
Click to expand...

At this point, the conclusion is not justified by the premises.

leroy said:
Then you add an additional argument, and point to the fact that the universe necessarily could not have not been created “exmateria.” And conclude that the universe had a creation exnihilo.
Click to expand...

You obviously do not know what an analogy is if you think male or female is equivalent to something from something and something form nothing. I will just give you a hit, we have multiple examples of males and females.

leroy said:
At this point, form the argument you can’t know if john is male or female, but you can in theory provide an additional argument and show that John is male.
Click to expand...

Again, you do not know what an analogy is if you think this is a good one.

leroy said:
Honestly your “favorite objection” to the KCA is very stupid,
Click to expand...

Says you. Yet it did undermine it completely.
B

he_who_is_nobody said:
That is not what I meant by pedophile, and thus a brilliant demonstration of why your assertion of "Any alteration of the original formulation is by definition a straw man." is in fact asinine. Thank you for that.[
Click to expand...

granted, if you meant something else by pedophile, then it would be a strawman...…...so what do you mean by pedophile?

he_who_is_nobody said:
Beyond that, since we do not have any examples of causes coming from out of nothing, this makes your first premise just a blind assertion.
Click to expand...

and sure, the argument by itself is just an bunch of assertions, the theist most then have to prove that the assertions are probably true.

you could in theory affirm (and prove) that creation exnihilo is impossible, and show under that basis that premse 2 cant be true because it implies creation exnihilo. I than case the arguemnt would fail becaise premise 2 would be wrong, not because a falacy of equivocation was made.
S 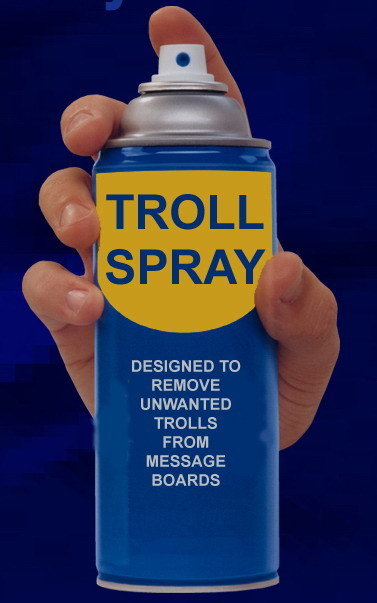 Master_Ghost_Knight said:
Your contention is absurd. You are not paying any attention to what I'm saying. I never said that what you call "efficient cause" implies that it is imaterial. I'm saying the exact opposite, i.e. that your "efficient cause" are always also material. I'm saying that your "efficient causes" and your "material causes" are indistinguishable, and when you decide to call a cause one thing and not the other it is purely arbitrary, you can have simply switched the labels around and it would have made exactly as much sense.
Click to expand...

The distinction is not arbitrary, the efficient cause is the external agent that produced the effect and the material cause describes how the matter changed from one state to another. Both concepts are different.

Master_Ghost_Knight said:
Quite the contrary, this was explained to you very clearly. That not only the laws of physics prevents this, linguistically if they are simultaneous they can not be called cause and effect.
Click to expand...

what about Quantum entanglement?

leroy said:
We also have Quantum entanglement which implies simultaneous causation at least according to some interpretations of quantum mechanics.
Click to expand...

Perhaps all of them, at this point in my life I am trying to understand Bohms interpretation and see if it can circumvent quantum entanglement.


Master_Ghost_Knight said:
The age of the universe and the presence or absence of boundary conditions does not in anyway weight in on the relation of the state space in different instances.
Click to expand...

Kant showed this with his analogy of a fire in a room. “if the fire has been there since past infinity, then the room has always been warm” there is no point in the past where the fire was there and the room was not warm.

I personally believe that the idea of an infinite past is absurd, but most members in the forum don’t, I am simply pointing the fact that you are alone, nobody in this forum believes that the idea of simultaneous causation is logically absurd.


Master_Ghost_Knight said:
Only this forum? Except for all the physicists of course.
Click to expand...

Most physicists grant quantum entanglement which implies simultaneous cause and effect.

Master_Ghost_Knight said:
Do you want to know what is arrogant? To think that you know better when you clearly do not.
Click to expand...

You are the one who is affirming that most physicists and most members in the forum are wrong,
M

back said:
The distinction is not arbitrary, the efficient cause is the external agent that produced the effect and the material cause describes how the matter changed from one state to another. Both concepts are different.
Click to expand...

Give me an example of an effective cause that is immaterial, or a material cause which is not effective.

Let me address this with one single swoop.
Quantum entanglement does not imply that cause and effects are simultaneously or even super-luminal, simply that the measurements are correlated whilst not indifferent to the measurement itself. No information can be carried.
Causality is still a fundamental law of physics. You are the one that seams to be in disagreement.

If that wasn't enough if you put special relativity in the mix, a super-luminal "effect" pretty much guarantees the existence of 2 references frames which can not agree which measurement occurred first, thus you can not have a cause and effect relation since you can not agree which is the cause and which is the effect. The situations where you can agree in all reference frames requires it to be sub-luminal. It's a catch 22. It would be completely arbitrary to call one the cause and the other the effect, when they are for all intent and purposes perfectly symmetrical.

To make matters worse particles are only entangled while they are non-interactive, which precludes them from having an effect, and when they do interact, they do so sub-luminally.

Can I do a 4 for 4. Oh Yes! Because even if I threw what I had just said out the window, entangled particles isn't that common of an occurrence, rendering it irrelevant for all interactions of cause and effect such a ball breaking a window.

Not even quantum-entanglement can save you here. leroy.

Dicks must be in your ass. Your ass hole is at an infinite distance from a point infinitely far away, dicks are at the same amount of distance (infinite) from that same point, thus they must be at the same place.

back said:
Kant showed this with his analogy of a fire in a room. “if the fire has been there since past infinity, then the room has always been warm” there is no point in the past where the fire was there and the room was not warm.
Click to expand...

By that same logic, the "cause and effect that happens simultaneously" do not exist, given that if they were infinitely in the past, there would be no point in time in which they can be said to have occurred. Shit cuts both ways.


back said:
I personally believe that the idea of an infinite past is absurd,
Click to expand...

Well, wasn't that a waste of time then?
P

Immanuel Kant said:
Here, however, a difficulty arises, which must be resolved. The principle of the connection of causality among phenomena is limited in our formula to the succession thereof, although in practice we find that the principle applies also when the phenomena exist together in the same time, and that cause and effect may be simultaneous. For example, there is heat in a room, which does not exist in the open air. I look about for the cause, and find it to be the fire, Now the fire as the cause is simultaneous with its effect, the heat of the room. In this case, then, there is no succession as regards time, between cause and effect, but they are simultaneous; and still the law holds good. The greater part of operating causes in nature are simultaneous with their effects, and the succession in time of the latter is produced only because the cause cannot achieve the total of its effect in one moment. But at the moment when the effect first arises, it is always simultaneous with the causality of its cause, because, if the cause had but a moment before ceased to be, the effect could not have arisen. Here it must be specially remembered that we must consider the order of time and not the lapse thereof. The relation remains, even though no time has elapsed. The time between the causality of the cause and its immediate effect may entirely vanish, and the cause and effect be thus simultaneous, but the relation of the one to the other remains always determinable according to time. If, for example, I consider a leaden ball, which lies upon a cushion and makes a hollow in it, as a cause, then it is simultaneous with the effect. But I distinguish the two through the relation of time of the dynamical connection of both. For if I lay the ball upon the cushion, then the hollow follows upon the before smooth surface; but supposing the cushion has, from some cause or another, a hollow, there does not thereupon follow a leaden ball.
Click to expand...

IF any of that can be used as an argument for God, then 6 days is actually a possible amount of time.
IF alien tech exists, then God might be an alien. Or aliens are demons? Confusion goes rife when all we can assume of other life in space is - 'there's only a few species' & 'why bother visiting Earth?'

& yeh, why bother visiting Earth might be a good question... But why do you sit there at a computer for more than an hour when you know that it's bad for your health? (I assume, you sit there for years on end? No, that would be silly.)

Why does life, do anything? Why the heck not? Are we to assume that Earth is such a dismal, non beautiful place to live on, or visit? Why do people go on holiday then?
Last edited by a moderator: Dec 24, 2019

Staff member
If God exists then by definition it would be an alien for us. Even if humans would exist on another world and come to us or we to them then we are the alien and they are.
You must log in or register to reply here.
Share:
Facebook Twitter Reddit Pinterest Tumblr WhatsApp Email Link
Top